If only Jesus of Nazareth had a Twitter or Facebook account, he would have had so many more followers! I jest, of course; self-promotion, while not a modern invention, has reached a fevered pitch in the social media saturated twenty-first century. 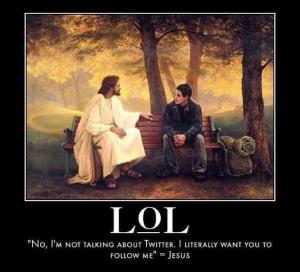 Jesus did call upon many to follow him, but on occasion he also practiced something with which the human family has always struggled: listening to other voices.

Mark’s gospel – chapter 7 – tells of Jesus travelling to the foreign city of Tyre, four to five days walking distance to the north and west of Jerusalem. Presumably, Jesus travels to reach out to Jews living there. A woman, decidedly not Jewish, with a sick daughter engages Jesus. Desperate to the point of trespassing convention – women were not to address men in public – she wants Jesus to heal her daughter. He puts her off by saying that he has only come to serve and seek Israelites: “It is not fair to take the children’s food and throw it to the dogs.” Not only was this an insensitive comment, it was arguably a racial insult.

The Syrophoenician woman, however, doesn’t flinch. “Even the dogs under the table eat the children’s crumbs.” Jesus, as if slapped in the face, acquiesces. He tells the woman to return to her daughter; she does and finds her daughter restored to health.

We assume that Jesus had everything figured out at the commencement of his public ministry, and that consequently he needed no further social or theological development. Listening to the voice of this foreign woman, however, Jesus had to reshape – in an instant – some of his understandings. She wasn’t a dog but a full member of the human family; and, God’s mission extended even to her.

Jesus was a committed social egalitarian before this encounter with the unnamed foreign woman; he became a stronger one after the encounter. A social egalitarian is a person who understands all others – those similar and those different – as equals in God’s eyes. Because of this conviction, Jesus spoke and interacted with all sorts of people: religious leaders, the well-to-do and powerful, the sick and excluded, common folks, women, children, and, yes, foreigners. Rarely did he exclude others.

Those who follow Jesus today – not on Twitter or Facebook – do best to heed his example of social egalitarianism, listening to the other and regarding the other as equal in God’s purview. It’s intriguing that in the twenty-first century world with myriad media for communication and connection, we still don’t know one another all that well within the human family. We yet rely on stereotypes and innuendo in our attempts to understand the neighbor who is different. These weak attempts at understanding contribute to many of the problems – from the inability of Congress to enact immigration reform to police brutality and the targeting of police – besetting our society.

We hear it said today that black lives matter. Absolutely they do, just as the lives of widows, orphans, the poor, and foreigners matter according to the divine language of the Hebrew and Christian Testaments. A good question for my fellow white readers who are Christian: Would you have the same type of worldview and outlook you currently claim if you had been born black or Hispanic or Jewish or Muslim?

A worthy goal in today’s modern age is to have a worldview and outlook that incorporates the wisdom of other voices. Authenticity requires being true to one’s own experiences. It also requires the responsibility of listening to others’ experiences. If your experience is the only one that matters, trumping all others, most likely you’re nothing more than a self-promoter.

Much more often than not, spending face and ear time with someone who offers a different perspective than your own makes the world a better place. In today’s America that suffers of too many hot spots of polarization, listening to other voices is difficult but necessary positive social action. Democrats and Republicans, gun owners and non-gun owners, rich and poor, blacks and whites, atheists and religious partisans, folks living in zip code A and folks living in zip code B – what would it be like to talk with and listen to one another rather than talk about others in negative tones and stereotypes?

Social egalitarianism – it sounds like a political party. Rather, it’s a spiritual commitment utilizing the gift of other voices that has the ability to improve our politics and common life. It’s truly what the one human family needs now.

This blog and website are representative of the views expressed in my book Just a Little Bit More: The Culture of Excess and the Fate of the Common Good. Distributed by ACTA Publications (Chicago), JaLBM is available on Amazon as a paperback and an ebook. It’s also available on Nook and iBook/iTunes, and at the website of Blue Ocotillo Publishing.

The Spanish version of the Summary Version and Study Guide will be available in September 2016. ¡Que bueno!

One thought on “Listening to Other Voices”